My first book was published in 1981 – it was The Organization of the Energy Industry (Macmillan) – written in handwriting(!); this was followed by The Architectural and Social History of Cooperative Living (Macmillan, London, 1988), punched out on my sort of computerised typewriter. That got me hooked on architectural research, really research by wandering around. Combined with

enjoyment of beer, and pub architecture, this produced The Northumbrian Pub: An Architectural History (Sandhill Press, 1989).

Having been brought up at the seaside in Lowestoft, I’d always wanted to write about seaside buildings, and eventually published The People’s Palaces: Seaside Pleasure Buildings, 1870-1914 (Barracuda, 1991) followed by a series of Shire Albums (by Shire Publications) on Lighthouses, Amusement Machines, and Piers and other Seaside Architecture, as well as the non-seasidey Mausoleums, Famous Graves and Public Art since 1950 (2006).

During the 1990s I’d also done a series of books on the architecture of the Yorkshire Ridings, a fantastic chance to spend time exploring the towns and cities of Yorkshire, and a great opportunity to improve

my black-and-white photography. The Building the Ridings series was published by Smith Settle in 1994-5. After doing the Northumbrian pubs book, I’d become ever more interested in breweries, writing The History of Robinson’s Brewery (MNC Publishing, 1997) followed by British Breweries: An Architectural History (Hambledon Press, 2000).

Building on the research done for the Tile Gazetteer, A Field Guide to Postwar Murals was published in 2008 by Blue House Books. 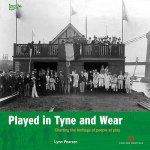 In June 2016 Victorian and Edwardian British Industrial Architecture was published by the Crowood Press, with 150 illustrations; here’s a link http://www.crowood.com/details.asp?isbn=9781785001895&t=Victorian-and-Edwardian-British-Industrial-Architecture.

Later in 2016 came Public Art 1945-95 for Historic England, and here’s the link for a downloadable copy https://historicengland.org.uk/images-books/publications/iha-public-art-1945-95/ 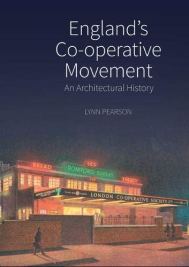 Finally, look out for news of my upcoming book ‘England’s Co-operative Movement: An Architectural History’, to be published by Liverpool University Press for Historic England in late September 2020. More details on its LUP web page here https://liverpooluniversitypress.co.uk/books/id/53142/

Here you will find blogs about the co-op and its architecture, but also on breweries, beer and occasionally cycling. I’m an architectural historian with a lifetime interest in beer, not to mention industrial buildings, and there’s more about me on the ‘About’ page. You can follow me @lynnpearson67 on Twitter!

Research and photography currently taking place for a substantial book on the architecture of England’s co-operative movement. Follow the blogs for more news and pictures. The header image shows part of Nuneaton Co-op’s fabulous art deco store. And follow CHORD Workshop blog 2018 for a short piece on the design of co-op stores.